Dragons control the weather and honored and respected because they changed dryness and scarcity into richness and prosperity by keeping the rains falling. The Golden Emperors declared themselves the Dragons of the Golden Dynasty, and allow no one to speak the word, dragon, expect the royalty.
The Emperors were in total control. Alas, an Emperor and his court dishonored the dragons.

Emperor and his court dragons ate two mythical dragons causing great disrespect and dishonor to all Celestial Dragons, who became angry. Droughts came because of the mandate declared by earthy Emperors, that they controlled the weather and natural happening of the earth. The people starved. After long many droughts and hardships, the people revolted, which lasted for two hundred years.

In 1911, the new government of China declared all the peoples of China had the status of the Dragon; all work hard to protect the forests, lakes, rivers, and mountains so everyone prospered.

In 1948, the Dynasty changed shape. Still, the Dragon lives within peoples who honored and respected Dragons since the very beginning of time. 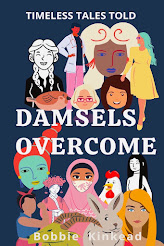